The Ghana Institute of Journalism (GIJ) will tomorrow hold a virtual forum to critically assess the state of press freedom in the country.

The forum is also expected to address the nature of online protest campaigns in the country. The programme will we panellists and participants deliberate on the current state of journalistic freedoms and citizens campaigns through online digital campaigns.

The forum is being organised by the Directorate of  Research Innovation and Development(DRID) at the Institute. 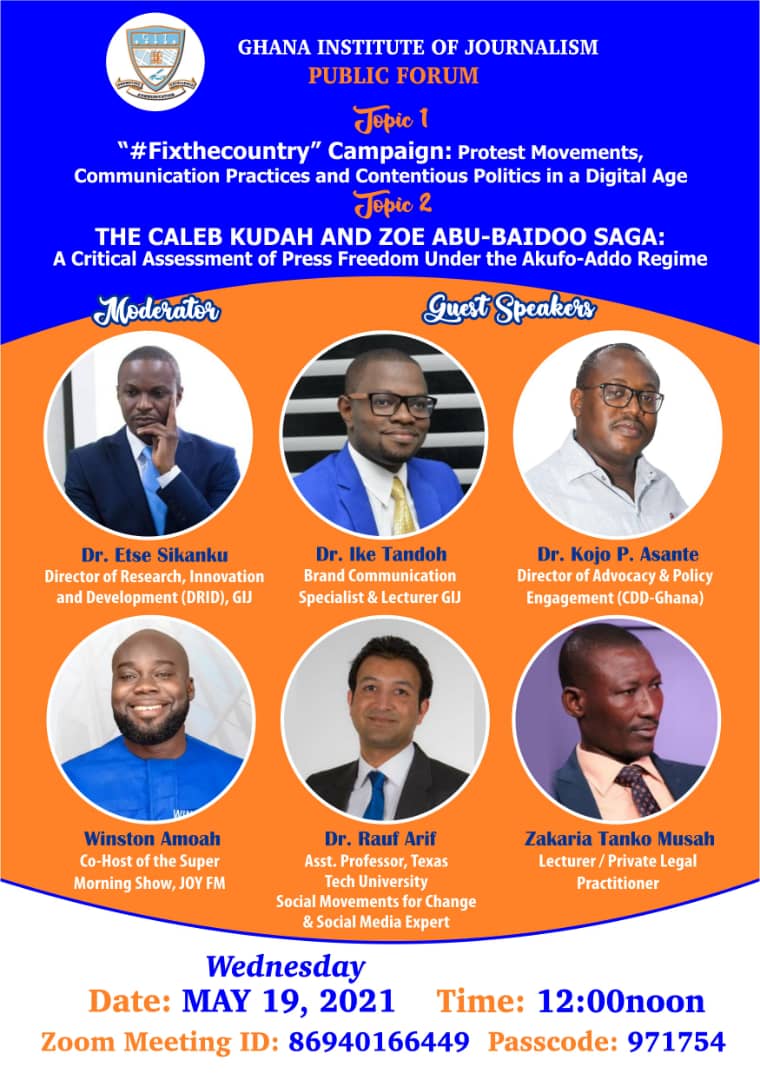 The Director of DRID, Dr. Etse Sikanku, in a release issued in Accra yesterday said the issues of press  freedom and citizens engagement were fundamental to the democratic ethos, and as such demanded constant assessment especially has Ghana moved to consolidate its democracy.

The forum, it said, was being organised against the backdrop of recent arrests of two Citi FM journalists Caleb Judah and Zoe Abu Baidoo, by the National Security officials.

There is also an ongoing public campaign dubbed #fixthecountry, which citizens are using to demand accountability from the government.

“ These are critical times for the growth of Ghana’s democracy and scholars must begin to research into such developments while offering analytic insights into evolving media and communication issues “ The release stated.